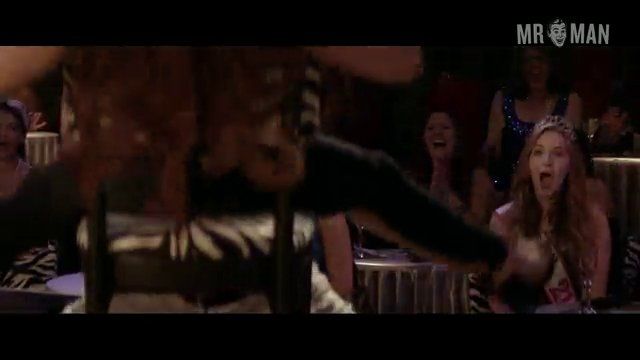 Magic Mike (2012)
Sexy, underwear, shirtless, bulge 00:17:47 Adam Rodriguez lapdances in his jeans, then jiggles that jelly in a metallic thong.

The Steven Soderberg directed Magic Mike (2012) stars Channing Tatum as Mike Lane aka “Magic Mike,” a thirty-year old Floridian who roofs houses by day and performs with a troop of male strippers at night. The beefy dancer desires to get out of the show to start a furniture-making business, but his crummy credit rating crushes his dream, despite having a sizable down payment. When fellow construction worker Adam (Alex Pettyfer) aka “The Kid” follows Mike to the club one night, the handsome hunk hits the stage as a substitute rump shaker, and becomes a smashing success, eventually honing his skill of partying, picking up women and making easy money. Tatum, Matthew McConaughey, and Pettyfer light up the screen with their magic meat seats in multiple scenes. The chiseled trio tempt and tease us with their gym-built bodies that will give you fantasy fodder to have your own magical moment.