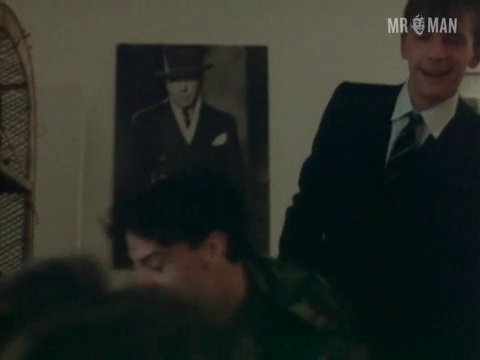 Tumbledown (1988)
Nude, butt, underwear, shirtless 00:24:42 Colin wakes up in bed naked with a woman when his friends come and force him out of bed, giving us a nice look at his beautiful backside!

The made for TV BBC film Tumbledown (1988) tells the true story of Robert Lawrence (Colin Firth) a soldier who fought for Britain during the Falklands War. During the battle of Tumbledown Hill, Lawrence takes a bullet to the head and though he survives, he loses the use of over 40% of his brain. The film is based on the stage play and book written by Lawrence himself along with his father, and garnered a lot of controversy for its scathing condemnation of the British military for leaving someone who loved his country as much as Lawrence did behind. The film also features a fantastic flash of fanny from Colin Firth when he is awoken by two friends while laying in bed with his girlfriend, and forced to get dressed very quickly! That should have something else tumbling down your inner thigh!