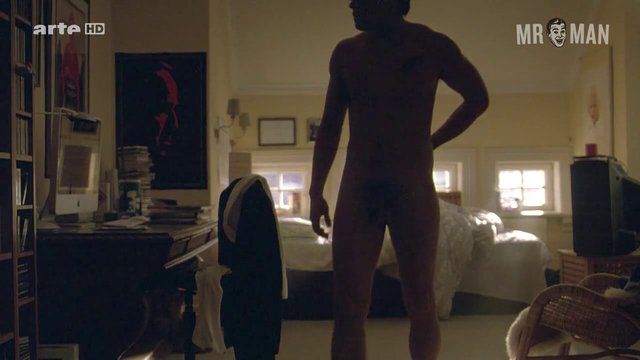 Upperdog (2009)
Nude, butt, penis, balls, shirtless Hermann Sabado gets out of bed and heads downstairs, all the while giving us some amazing shots of his swinging schlong and sac!
advertisement

The reuniting of two half-siblings and full frontal dong? We’re intrigued! Upperdog (2009) tells the story of long-separated Yanne and Axel, who grew up to become vastly different people due to the different Norwegian families that adopted them. Yanne (Bang Chau) is adopted by a middle class family, and blossoms into a hard working, self-aware young woman. Her half brother Axel (Hermann Sabado), on the other hand, becomes part of a wealthy family and becomes, what’s the word, an asshole. Through a chance mutual acquaintance the two are reunited, and we see that although very different, nothing is stronger than the ties of family. “But, what about that full frontal dong?” – you. Hermann Sabado is not afraid to show off his adorable bod, tight ass, and perfect package as he gets out of bed and walks down the stairs! Upperdog? More like Lowerhog!