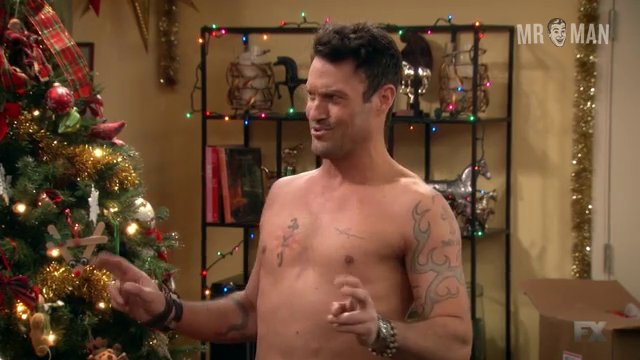 Anger Management (2012-2014)
Sexy, shirtless Ep. 02x46 Brian flaunts his tattooed and tanned physique while trying to surprise his gal. There's some upper butt as he is pushed out into the hallway.

Charlie Sheen bounces back from his Two and a Half Men firing to star as another character name Charlie in Anger Management. Based on the 2003 Adam Sandler movie of the same name, the series stars Sheen as Charlie Goodson, an ex-baseball player turned anger-management therapist. But since Charlie has plenty of anger issues himself, he may not be the most qualified guy to be doling out advice. Still he manages to keep on good terms with his ex wife, Jennifer (Shawnee Smith), and his teenage daughter, Sam (Daniela Bobadilla), all while banging his own therapist, Kate (Selma Blair), and refereeing a gaggle of wacky misfits in group therapy.

This FX sitcom skimps on the nudity but does provide us with some shirtless action from Charlie Sheen and Brian Austin Green that will have you saying 9021-oh!