The Life Aquatic with Steve Zissou (2004) 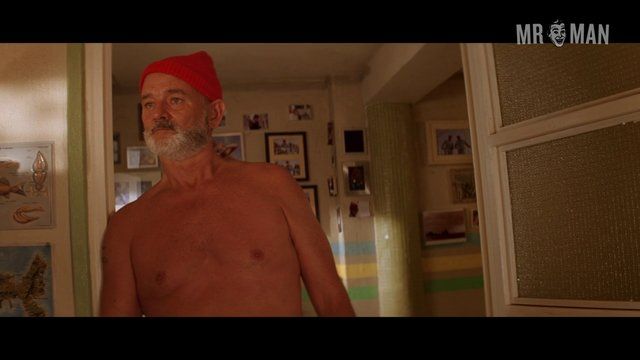 The Life Aquatic with Steve Zissou (2004)
Sexy, shirtless 00:30:45 Like a fine wine, Bill Murray gets better and better with age, as shown by his hot dad bod while talking to Owen in this scene.
advertisement

The Life Aquatic with Steve Zissou (2004) remains probably the most divisive film singular American auteur Wes Anderson has ever released, and he’s a pretty divisive filmmaker as it is. It, at times, feels significantly more detached than most of his previous outings, with a more wry, ironic sense of humor (surely due in part to cowriter Noah Baumbach’s input), but it’s nonetheless gained a cult reputation in more recent years. It tells the story of a depressed oceanographer (played by Bill Murray) who sets out to destroy the shark that killed his best friend. A lot of craziness occurs along the way, but there’s also a decent amount of skin for a Wes Anderson movie, though that isn’t saying all that much, unfortunately. We’re grateful, however, for the many scenes of shirtless Bill Murray, shirtless Owen Wilson, and even shirtless Muzius Gordon Dietzmann. And because many of the characters are wearing skimpy bathing suits, we get some nice shots of bulges here and there as well.